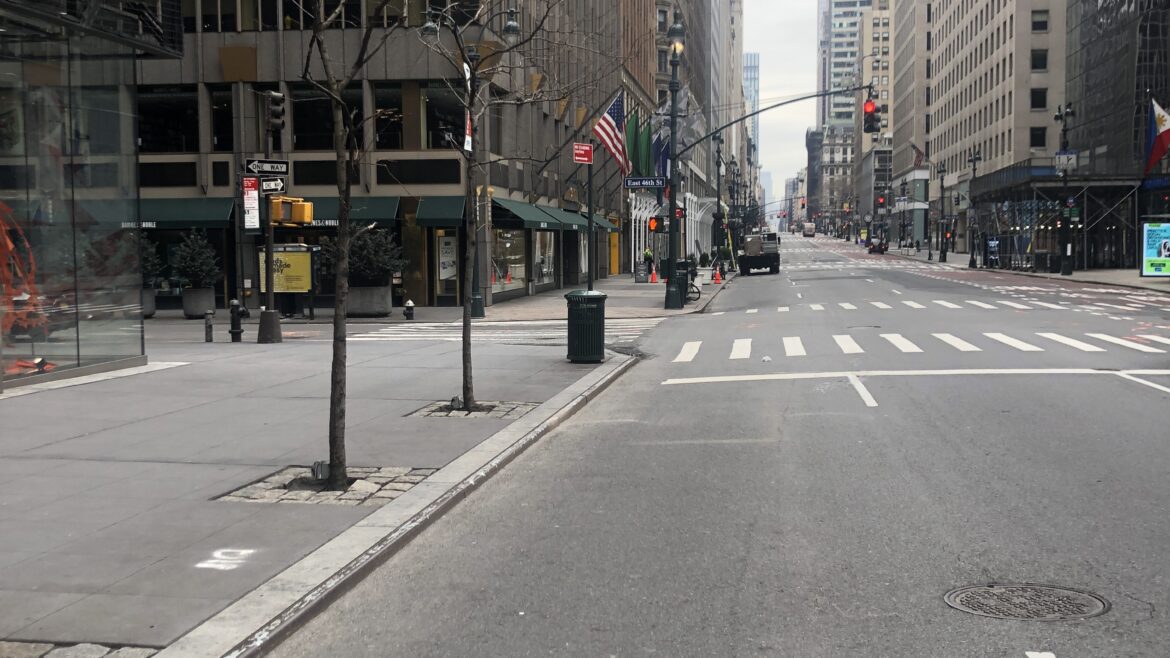 This is NOT America…

Not unlike many others, all I do these days is eat, drink, read, write, sleep, repeat. Oh…and worry, I do a lot of that, the existential angst of what I will do when the world reopens and what sort of a world it will be?

I read an article in the Washington Post this morning about a video that had ‘gone viral,’ and I admit, the phrase made me squirm…

In everything I do, shopping for groceries or just walking the dog, I cannot stop imagining those invisible globs covered with thorn-like tubes lurking at every corner like some post-apocalyptic zombies, waiting to attach themselves to our lungs.

But then, how can one not be?

People talk about the return to normalcy, but what does that really mean?

Will normalcy in the post-Corona world be the same? Will we be able to shake hands with people, hug or kiss friends, jump on the subway without feeling a twinge of fear about infection?

People are finding solace in all kinds of quack theories: the virus disintegrates in warm weather; heavy rainfall washes it away… then perhaps we should all move to India, hot summers and the monsoon.

These days, just taking the dog for a walk is a blinking palaver: not only do I have to remember jacket, scarf and hat, but now there’s gloves and a mask to add.

Often the poor dog, who is standing at the door, desperate for his morning constitutional, has to cross his legs to hold it.

And of course, when we come back, it’s a complicated feat of coordination between taking off my shoes at the door, getting into the apartment, washing my hands for the requisite 20 seconds, wiping down the dogs’ paws with dog-wipes, and my own shoes with anti-bacterial wipes…you get the picture.

It is frightening how this virus proliferated. As we began to catch wind of it back in late February, it was clear that it was coming. It was no longer a question of “if it was coming,” but “when it would be here.”

And when it arrived in New York City, it was a tsunami.

And yes, we were woefully unprepared…

Had this been a war, literally, who would have been better prepared than America?

Soldiers on the frontline would have had every state-of-the-art weapon imaginable at their disposal to show off the might of this, the most powerful nation in the world.

Except, in this case, the soldiers on the frontline didn’t need guns or bombs, they needed masks, gloves and we couldn’t even give them that.

As the virus devoured New York, turning it almost overnight into ground zero, the world watched Governor Andrew Cuomo’s desperation as he bid against other governors for ventilators, hounding the White House for help; we saw the news reports of hospitals being overwhelmed with the sick and dying, saw pictures of nurses making their own masks, using garbage bags to help protect them from the enemy, read accounts of doctors who had to choose which patient was going to live and which one was going to die.

“How can it be that in 2020, in the richest country in the world, people are dropping like flies? How did we not see this coming?”

The healthcare system in this country was a runaway train heading at breakneck speed to edge of a cliff and this pandemic pushed it over the edge.

Health insurance was the first thing you were asked when you walked into the emergency room of a hospital. How many people died because they didn’t have a card to show the admissions desk?

Because this virus has affected the health of this wealthy society, a true equalizer if there ever was one in the recent past.

Our ill-preparedness has its roots in the astounding stupidity and thoroughly incompetent behaviour of Mr. Trump who has in effect turned the Oval Office into a family office.

According to the New York Times, in January, top White House aides, experts in his cabinet and top muckety-mucks in the intelligence apparatus identified the threat of this epidemic, sounded the alarm and repeatedly told Trump to aggressively get out in front of it. American lives were at stake.

But, there was no personal gain involved for Mr. Trump. There was no money involved to line his coffers…so a few people would die…so what?

Where are you taking all this money, Mr. Trump? It’s not going to be of any help to you when you’re six-feet under and rotting.

Had it not been for the governors taking matters into their own hands on a state level, this pandemic would have been much, much worse.

This is not America….so sang David Bowie in 1985. The song was recorded with Pat Metheny for a movie called “The Falcon & the Snowman,” a spy drama starring Timothy Hutton and Sean Penn about two young, privileged American men who sold CIA secrets to the Soviets, destroying their lives and ruining their families.

The song got its’ title from a scene in the movie in which Sean Penn’s character is arrested and beaten by the police in Mexico City. “I am an American citizen,” Penn shouts, implying his entitled rights, to which the policeman replies, “but this is not America.”

At no other time in all the years I have lived in New York, has this phrase had a such a shocking ring of truth.

I came here as a young woman to go to college and never left, bewitched by what this country promised, giving me the opportunity to something of myself without the shackles of class, society or name.

Why has this happened to us is a question so many are asking themselves?

It’s a virus. It does not come with a moral playbook. It’s not part of a bigger Chinese plan to rule the world, nor is it God punishing us in the biblical sense.

All we know is that it has brought the mighty to their knees and shut down the world, creating a discombobulating chasm between our past and our future. As human beings, we want to cross the chasm, close that gap, heal the wound and keep going. But no matter what, the scar will remain.

The global shut down, hunkering-down of whole populaces has gone a long way in helping close that gap. But is it personal fear or a real sense of a shared purpose and destiny?

As we navigate these un-chartered waters, and cross over, perhaps we need to take stock of what doesn’t work, let go of our baggage and move lithely into a bright new world?